This article was originally posted in ‘The Hobson” magazine.

Climate change at your doorstep

If I mention climate change most of you will just turn the page.  It was first coined “global warming”, led by the hippies and then the United Nations and the Paris agreement which aims to bring all nations together to “undertake ambitious efforts to combat climate change.”  We have either become immune or switched off because in reality – the sun comes up, it rains, there are storms and life goes on without much change.  That is until by a slow creep and a change in Government and Council policy if directly affects us.

And in my paper shuffling universe, the rules on matters like coastal inundation and the risks of coastal erosion are now front and centre when we are looking at sites that border or are close to the coastal edge.  The Council does not want the risk of approving something now and in 10-20-30 years the sea has undermined the foundations or repeated storm surges have washed away infrastructure.

Of course, there are other geographic cycles at work – sand erosion, sun spots and the magnetic pull of Elle Macpherson.  The Auckland region faces both the fairly benign Waitemata Harbour and the expanse of the exposed west coast which is lashed by storms and most affected by dramatic sand erosion.

In some cases, we will live with it. Locally, this might be stormwater ponding around the Shore Rd, Ayr St roundabout in a heavy rain event as it sits and waits for blocked pipes to clear and gravity and the tides to come and go.  It may be Tamaki Drive – around the mini golf area which is slowly sinking and being more regularly washed by the tide.

On an economic level we have been working on a small subdivision in Remuera that sits close to but not directly abutting the coastal edge.  It has now been abandoned as the engineer was concerned the Council would not issue the consent or place a hazard notice on each title regarding the potential for inundation.  A hazard notice would scare most people off and would almost ensure no trading bank would provide a mortgage against an asset that could be underwater!

Over on Little Shoal Bay a 3.5m tide coupled with a significant storm saw the area flood, marooning the bowling club and contaminating the soil with salt, such that grass no longer grows.

NIWA – the National Institute of Water and Atmospheric Research now has a Storm tide red-alert days calendar which sets out for the year ahead when “king tides” – an effect of the moon’s gravitational pull will have the greatest effect. And right on schedule, Nelson recently experienced a “red-alert” day when a 4.6m king tide inundated low lying roads and encroached onto houses.  The tide was not exacerbated by a storm or wind event, but it gives us a taste of what may be to come on a more regular basis. Short term the effects may only be a washdown of cars to reduce rust effects, but longer-term insurance companies will be watching and if you are flooded once by seawater they may pay out, but I suspect they would rather not insure you further as the events become more frequent and intense. 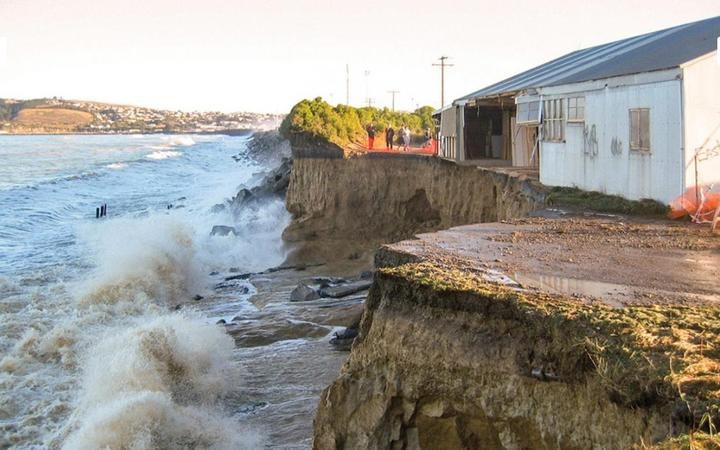 Maybe we should never have developed so close to the coastal edge as king tides and storm events come and go. However, we have lived with these and the effects have been fairly minor. If the changes predicted to sea levels are correct, then gradually over time we will have no real choice but to retreat or as best we can live with the consequences.

Venice has been living with and embracing flooding forever. However, the floods have been getting worse and the land has been sinking.  Recent floods saw a peak flood height of 1.5 m of water sit on the famous St Marks, with the area flooded for over 16 hours. Tourists just buy bigger waders and some even swim. However, there may come a time, like the fictional Atlantis or the more real examples of cities sunk by earthquakes that the area is abandoned. How we manage the retreat or react to the issue is going to make for interesting times ahead and is some cases no amount of money will hold back the tide.